My first job out of college became immediately uncomfortable because I was promised the Human Resources manager's job after the first manager left. The quick transition to discomfort was caused by this; before I learned the actual job description, I had to fill out the standard application on my first day. The application included a page about a mandatory drug test to be taken the first day- I immediately texted my friend, whose family I was newly-employed by, in a state of panic. In fact, he and I had smoked a copious amount of cannabis the night before. Of course, the mandatory drug test wasn't necessary for office workers and by my friend's unnecessary, asked for, intervention, I was disqualified for the job. You see, the human resources branch of this office was mostly concerned with insurance and piss: it was grotesque. Perhaps it was the taste of sour grapes, but I do feel I had a true moral opposition to the requisition of urine. When I heard of one man being tested by an unwilling hair sample, whose results go back further in time than piss, I almost flipped out in the office. That was unconstitutional! (I was naïve.) That was unconscionable! (I was dumb.) That was against Natural Law! (I am an idiot.) It was wrong. (But the world has never really cared about "right" and "wrong.") Thus I failed at yet another job.

And yet, for all the parentheticals, even in this starry horizon of the loosening of drug laws, I can still relate to the red-hot iron anger of Wilson in his 2000 Preface. The "Book of Urinomics" is juvenile, crass and ridiculous, but it could never be as ridiculous as the societal trends which inspired its writing. Perhaps it is because I still live in an uncivilized land where cannabis is not completely legal; more likely it is because of my utter moral revulsion about the amount of prisoners with marijuana charges who remain in prisons all over this failing state, but I am still troubled by the state of our society's relationship to drugs. In the most basic, legalistic sense. Later in the book, Wilson will discuss a middle-class couple with a combustible, tamper-proof safe in which they stored their marijuana. While the paranoia is bizarre, and perhaps fictionalized as Wilson notes in this preface, I can understand its genesis in this society where a drug charge, or a hospital bill, can land you in the most dire of circumstances.

When I first read my New Falcon edition, I was struck by the most recent preface because of Wilson's honest, striking analogy for no longer being the person who wrote the original book. As an adolescent/young-adult I developed a neurotic fear that I would continually turn into someone who felt nothing but scorn and disdain for the person he was last year. Thankfully, age has proven that I grow gentler in my reminiscences, recognizing my flaws and Wilson's original Enemy, "ignorance," within myself. And Wilson's expansion into Fuller's enemies is similar to my own: I don't own property, nor am I an architect, so I don't understand the malignancy of zoning laws. I am not immune to fear; indeed, I am full of it, but I focus on understanding that fear "is failure and the forerunner of failure", and my desires are simple enough where I desire little beyond what I have as an admittedly unambitious part of society.

The second half of Wilson's preface, penned right before the iris of the twenty-first century,  is full of the same righteous rage but the target has moved. The barbs don't land as surely as they did twenty two years ago. That's space-time for you. While the federal government remains a fucking mess, it also seems much more reasonable in many ways than current state governments that seem to be contesting who can pass the most egregious, regressive law possible. The policies against drugs and the lack of civil liberties is not ideal; however, that does not make me sympathetic to the alternative health community that cheered on reactionary bullshit during a worldwide crisis and pushed anti-vaccination conspiracy theories to the point where people who question the FDA, a perfectly intelligent stance, can start spouting fluoride-in-the-water type insanity in a split second.

I'm not an expert on Ruby Ridge. I don't know what happened, which sounds like a lame, post-truth cop-out. It was a situation that was escalated. I'll admit that I don't agree with Randy Weaver's ideology and believe he put his own family in danger. Weaver had an extreme worldview and took a course of action that was so extreme that it remains notable years later. The echoes of the Ruby Ridge disaster resonated when Waco erupted in flames. At first, many viewed the Branch Davidians as the ultimately wronged party. Janet Reno and the Feds had violated all that was good and true about America's guiding light of free expression with armed assault. Then one reads about Koresh and his batshit ideas, the facts of the Branch Davidian way-of-life, replete with pederasty and abuse, and that his idiot followers were the ones to set fire to the compound on his moronic, self-aggrandizing orders.

Where do we go when we cross the wires of illegality and equate certain verboten matters to others? I don't think it is anywhere "good." Wilson couldn't have foreseen this a couple decades ago, in the autumnal years of his life, but as (one of) his chroniclers, I would be remiss if I didn't note incongruities with today's world. Wilson was no Saint, nor am I a hagiographer. I am against a strain of antigovernmental thought in today's world.  As quaintly horrifying as the Ruby Ridge incident might have seemed in the 90s, fodder for enflamed opinions and twenty-four-hour news, we are not living in the relative comfort of the past. The sentiment that led Randy Weaver to sacrifice his family's wellbeing in favor of his fanaticism has led to unnecessary strife and death. Whether it is COVID-misinformation, Q-Anon inanity, or pro-Putinism, there is a clear and present danger. What does one do when one simply wants to smoke weed and not endorse partisan fatuousness or the excess of the ancien régime? This is not the best of all worlds. 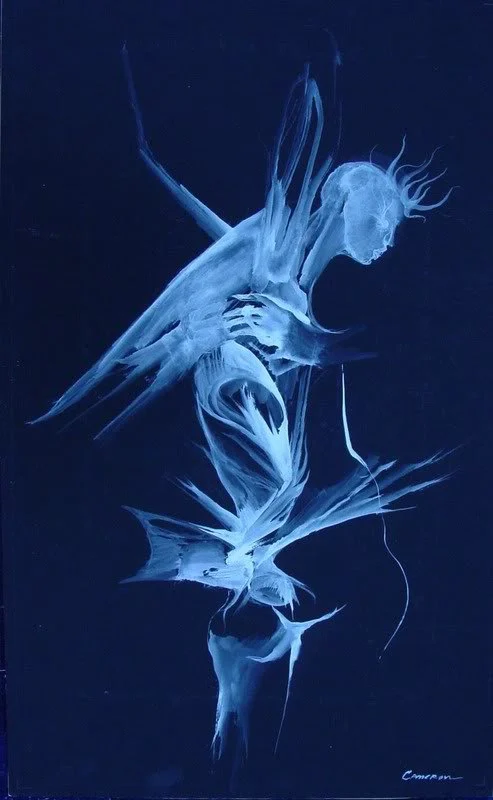