Sex, Drugs & Magick: Slouching Towards Bethlehem: The Story of Leonard

Is there any way to read the Story of Leonard as anything more than a warning? Perhaps we can look at it as a funny anecdote, but that seems cruel- so a warning it must be, since Wilson doesn't paint a very positive picture of "Leonard."

From the beginning of the chapter, where Leonard asks to masturbate in front of the others, the average reader would be inclined to see this person as an extreme abnormality. Even if Wilson wasn't personally offended by the request, he surely would have known that even his open-minded readership would, for the most part, find this to be a shocking incident. Wilson, who was obviously uncomfortable with the request, is more even-handed in his actions than most people would be. Perhaps, in Wilson's mind, this is meant to be a psychological profile, similar to the story of Jane, but it is far removed from the clinical setting. Thus it becomes something of a curiosity, a grim invitation to see where being too malleable and adaptable to new ideas and phases can lead.

I knew a couple of people who resembled Leonard greatly in my youth. Around the time I first read the story I was immediate reminded of a pair of particular acquaintances. Both were bright, for as Wilson points out "dimwits do not acquire such remarkable notions," but I didn't think too highly of either of them. Both came from a fundamentalist/evangelical background which they divorced from more-or-less violently during the blossoming of late adolescence. One went on to obsessively follow atheism and then Ayn Rand libertarianism, came out as gay, had a brief dalliance with drug-inspired spirituality, became a drag enthusiast and then a punk anarchist (still can't quite wrap my head around what that even was) and last I heard had settled into a new type of religion: the insufferable modern academic. The other was the more irritatingly Christian of the two, who went to NYC, became a fashion model, came out as gay, became a cocaine and nightlife enthusiast and last I heard was back home, an enthusiastic fundamentalist lay-preacher who publicly renounced his "evil" ways. It is truly bizarre where life leads you when you become an operative of ideas instead of making ideas work for you.

In college I witnessed many friends try psychedelics or marijuana for the first time and experience periods of LSD-evangelism or spiritual dabbling that faded as quickly as it came on. By the time I tried LSD, I was so fully influenced by watching others that the trip wasn't particularly revolutionary- I was painfully aware that all of the "revelations," while fun in the moment, would fade when faced with the harsh light of day(s). Indeed, one of my favorite parts of Mad Men is Roger Sterling's brief acid enlightenment that is referenced a few episodes later when he has resumed his capitalist, shallow ways: "I guess it wore off." This isn't to say that my LSD experiences weren't enjoyable or had no effect, but by that time in my life, filled with the history of acid's ups and downs, the glamour wasn't quite as convincing.

I can think of a few reasons I didn't go down a similar path: my endemic cynicism makes me resistant to groupthink or finding other people's lifestyles enviable, I have kept a few obsessive interests which align outside experiences firmly within my lenses, and I was deathly afraid of ever appearing foolish or impressionable. (And unlike the two aforementioned "Leonard-types," while I was raised in a Christian family, they weren't fundamentalists.) These tendencies have their downsides as well, but I personally consider avoiding fundamentalist Christianity and public masturbation as wins. I don't think much of dabblers and am somewhat of the belief that a too-open mind lets in a lot of trash. Our intellectual discrimination is a valuable, essential tool in navigating the forests (and weeds) of ideas we encounter in life.

Keep your head on your shoulders, not between your legs. Enjoy the scenery, but don't become a part of it.

The Scapegoat by William Holman Hunt Sex, Drugs & Magick: Slouching Towards Bethlehem: The Story of Leonard  Is there any way to read ... 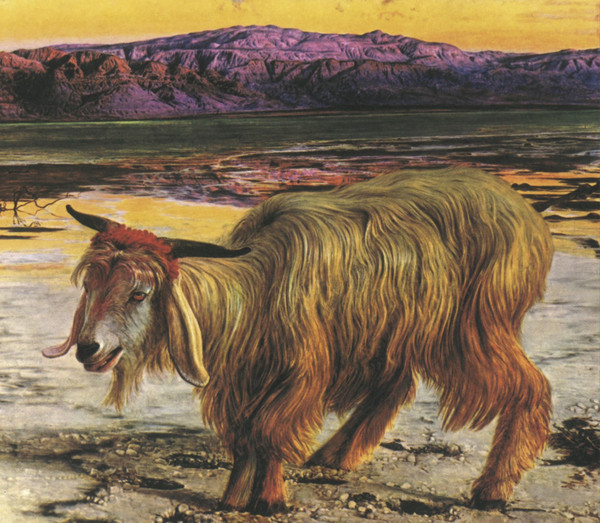