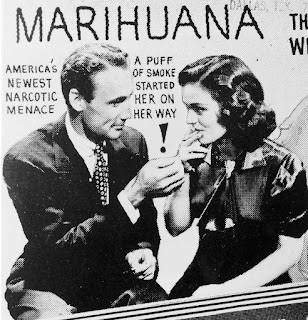 I recently witnessed someone writing about how, despite the objections of cannabis users, many people's first illegal act is purchasing the drug. Now, I had the typical pothead reactions of seething anger at this old calumny, before realizing that without the caveat that drug addiction always begins with the use of marijuana, many people probably do first break the law with extralegal purchases. Another part of me would like to say that I am still skeptical; I would imagine more people broke the law the first time by sneaking a cigarette (or a vape nowadays) or a drink (followed by how many others?) This does bring up the idea that many of us, aside from jaywalking or speeding, probably first break the law indulging in something the government says we are not allowed to have. We are repeating childhood forays into the cookie jar.

Of course, the stakes are higher in consuming cannabis than in being caught with tobacco or alcohol while underage. So, in a sense, cannabis consumption is the first thing many of us do that could realistically end up with ourselves behind bars. Much like George and Martha, I am still uncomfortable purchasing cannabis and have no desire to add any other incarcerable risks to my life. I still live in one of the more uncivilized parts of Our Great Nation and while my paranoia isn't quite to the level of our suburban couple's, I have always felt some kinship with the pair.

I can remember wishing that I had some sort of self-destruct case when I first began to keep cannabis on hand. Over the years I have used hidden outdoor stashes, hollowed out books (I thought it was terribly clever that I hollowed out a pharmacology textbook), and forgotten access panels to rafters to hide my stash. For a couple years I kept it inside a hollow porcelain elephant statue that had a chip in the hip that could be removed and replaced, kept inside a crowded closet. While I'm no longer nearly as paranoid about a home invasion, I still try to think strategically about how to hide and dispose of my grass, if need be.

One difference between George and I is that I hate having cannabis in my vehicle. Absolutely hate it; I don't enjoy driving to begin with, let alone riding dirty. I hate especially having to drive long distances with it in my vehicle. Perhaps in the days of coerced names George's strategy would have made sense, but in my mind you risk a lot more having it in a vehicle than in your home. (At an end of the year party one of my coworkers asked if I had weed; I was flabbergasted they thought I'd ever travel with it unnecessarily. Pretty lame, I know.) I am equally as surprised and distressed if someone thinks to smoke in their vehicle and have pled my career as a reason not to light up when I am in the vehicle with them.

Keep it at home, folks. If you want to play it safe.

- The quote from "The Book of Shadows" at the beginning of the interlude is another fabrication of Gardner's. Interestingly, it was written as a reply to Doreen Valentine proposing a set of rules for "the Craft," due to the influx of Wiccan practitioners in the late Fifties. Gardner replied that the Craft didn't need new rules since it already possessed this, previously unseen or unheard of, part of the "authentic" Book of Shadows.

- As an aficionado of de Sade, I should point out that blasphemy and sex are one of the greatest flavor combinations in the world.

My friends, please forgive my absence this past week. I meant to get the blog updated this weekend as I have been delayed with the start of ...